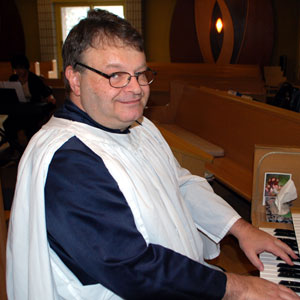 St Matthew’s is thrilled to have David Braund, BMus (Wales) as our choirmaster and organist.

David has a genuine love for the richness of Anglican liturgy and music. “I like simplicity, where one’s imagination is free to express the text, whether they be carols, plainsong, or any good tune,” David says with a smile.”

David received the Bachelor of Music (Honours) from the University College of Wales, Aberystwyth, in 1984. It was a degree that focused on composition techniques, ancient and modern, performance, history, the elemental physics of acoustics, voice, piano and organ. Since then, he studied organ in Toronto, Tenby, Aberystwyth, Cardiff and Oxford (UK) and was Assistant Organist, St. Mary’s, Tenby (Wales). David also studied conducting, piano, vocal techniques with George Crum, conductor emeritus of the National Ballet of Canada.

David has two CD recordings with the Choir of All Saints, Kingsway; and in 1997, 2000 & 2003 toured English cathedrals as Associate Organist and Choirmaster with that Choir.

So it comes as no surprise that David loves choirs!

From 1983 to 1984, he sang in five choirs simultaneously. In 1984, he conducted the student run college choir, UCW Choral Union, and played in Dr. Peter Hurford’s Bach master class at St. David’s Hall, Cardiff. But probably the coolest thing David has ever done performance-wise, was playing for an Honorary Degree Congregation in the presence of H. R. H. The Prince of Wales.

Just as people leave services at St. Matthew with a song in their heart, no doubt Prince Charles was royally impressed. 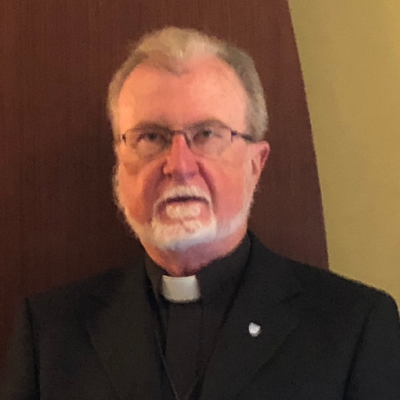 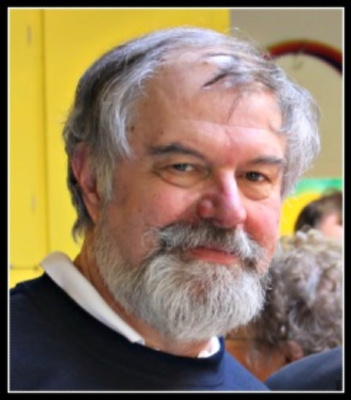